This amounted to 380 tons of street sweepings. 380 tons of litter, leaves and trash that would other wise get washed into the storm drains and eventually end up in area lakes, creeks and waterways.

Often, if left in the street, the litter and trash will create a blockage in the storm drain during a rain and the street will flood. During heavy rains, the street may become impassable due to high water. 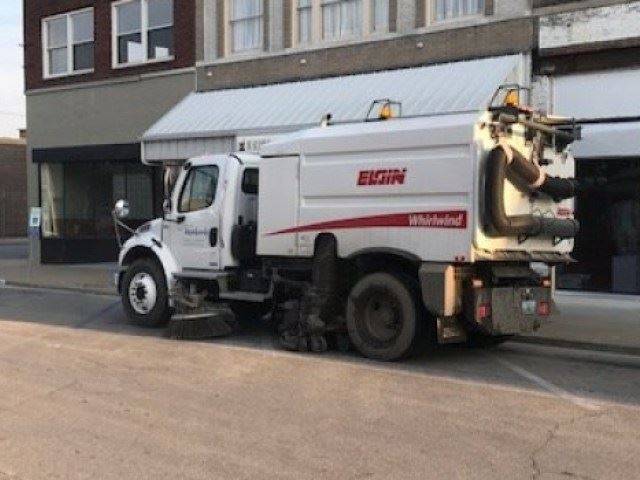 The largest and most problematic cause of storm drain blockage is litter. This means the easiest, most effective means of preventing storm drain blockages is keeping litter off the streets. Jim Belcher and the City's street sweeper will remain vigilant in their duty, but is asking for help from area citizens.

It is that simple. Proper disposal of trash will reduce pollution in our area lakes, creeks and rivers and the possibility of storm drain blockage and street flooding. The next time you see Jim Belcher on the job, wave. Let him know you are doing your part to keep litter off the streets.