Built by German native, Robert Miller in the 1880’s and is patterned after a castle on the Rhine River. In 1925, Green Terrill sold house to his brother James and Lulu. It was 10 years before the house changed owners and another seven years and several other owners before the house was restored. 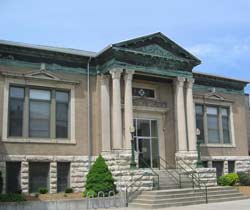